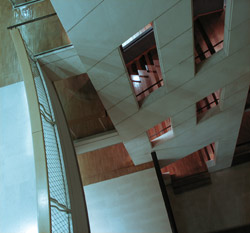 It is interesting to wonder about the use of what we generally inappropriately call “master class” and that I would rather call here “public class”.

Indeed, this style of pedagogy has developed in the last twenty years.

Is a public class necessarily a master class? May it take the colour of a reading concert, a conference with musical examples ?

Should we first see what the ingredients of a public class are ?

In the first idea of the “master class”, the pedagogical level of the “master” does not seem to be the first worry; but rather the mastery of his art, even his charisma.
It is important to underline here the huge gap between weekly teaching and the public class:
The regular professor has a real sense of the school course, of the student’s developing psychology.
The occasional “master” steps in at a given moment, usually in a privileged setting due to its size, acoustic sound, etc, with exceptional information: it is an event comparable to a concert.
He gives subjective advice that may have a long-term incidence, but he does not control (or very rarely) the result of the advice given.
The so-called master shows thus extreme vigilance concerning the advice that may be applied to the letter without any ulterior control. If the pupil is not a professional or not mature enough, it is thus advisable for the “regular” professor to attend the public class to ensure the follow-up and avoid any excess.

The master is expected to show some logic between his artist behaviour on stage and the tools he gives. We may try to gather his “recipes”, but the student will draw a greater profit if the master is at the pupil’s level.

He is of advanced level, generally of high level, pre-professional or even professional; he is well prepared; for him this class is like an audition, a concert, even an exam. It may become a very distressing situation if the class becomes a public judgement; usually, it will not be easy for him to be at ease; the best method is to let him play as long as possible: the whole piece if possible. This gives time to know him better; after 2 or 3 minutes he will forget the class situation to enter into the situation of public performance. Once his performance has finished, we can start a class relationship more quietly. Sometimes the pupil has the strange impression of coming back to the primary school pupil being asked to repeat the lesson in front of the class…

The presence of that audience (even a passive one) radically changes the professor-pupil relationship; a two-fold relationship becomes a three-fold relationship. In some way, the audience is also the “pupil”, even if its composition is very diverse (other pupils, parents, professors, maybe music-lovers). In any case, the “master” learns how to manage this presence: the class must be interesting for this silent audience:

The duration of the class

It is a vital element for the success of the relationship. Too short (15‘), the relationship is too superficial; it is finished before you canget rid of the nerves.
Too long (+ than 45′); tiredness reaches every one; this is certainly different for long pieces of the piano repertoire.
Depending on the level and the energy of each person, the ideal length may be found between 20 and 40 minutes.
In any case, the total duration of the public class must be between 2 and 3 hours (with a break). The presence of the audience changes the awareness of time.

If the pupil has not learned anything, on his side, the professor will have acquired experience!

What a pupil may have learned…

Life, rhythm, confidence, creating contact with the audience; like in a concert, it is the moment for sharing one’s strong points and one’s calm points. To give a performance while remaining real. On stage there is no theory, there is only room for practice: “just do it”.