Remarks collected by Marcel Weiss for the Newspaper of the CNSMDP 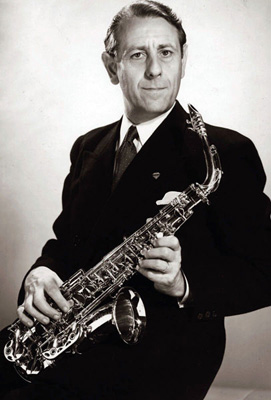 “When Claude Delvincourt entrusted in 1942 to Marcel Mule the re-creation of the saxophone class (after that of Adolphe Sax at the military annex of the Conservatoire, from 1857 to 1870), the latter was forty-one; he was in full artistic maturity, popular in entertainment music as well as in classical music thanks to the radio. He pursued most of his career within the saxophone quartet he created in 1928 at the Musique de la Garde Républicaine, were he was soloist from 1923 to 1936. He provided an unprecedented development to a formation (inaugurated in 1857 with a first composition by Singelée) which remains significant, from Pierné to Xenakis, and for which he multiplied transcriptions for pedagogical purposes.

“Presented as the father of the French school for saxophone, Marcel Mule more widely belongs to a French tradition of wind instruments, recognised by its virtuosity, the work on the sonority, the control of expressivity (linked to the precision of the articulation). He was like Maurice André and Jean-Pierre Rampal the outcome of a language and a culture. He prefered to devote himself to teaching instead of making a big career as a soloist. His major contribution to the instrument was a new style of vibrato, expressive and nuanced, but sometimes exaggerated by his pupils, to the point that he was for a long time the synonym of classical saxophone. With his example he wanted to give respectability to an instrument originally of popular expression. Rather than an innovator, he was someone devoted to build the bases on all aspects, teaching, sonority, technique, even the instrumental making (participating in the adjustment of the famous Mark VI by Selmer). He bequeathed to his pupils the means to develop their own language, whether it is Daniel Deffayet (his successor in 1968 at the Conservatoire), Jean-Marie Londeix, Jean Arnoux, Guy Lacour, Serge Bichon (my first teacher in Lyon ), Ivan Roth in Switzerland , Frederick Hemke in the United States , etc. His disciples paid a tribute to him on June 24, 2001 for his hundredth birthday.”